We are using cookies to provide statistics that help us give you the best experience of Mapify. You can find out more or if you prefer or contact us if you would like to change related settings. By clicking or navigating the site, you are agreeing to our use of cookies. Read more
Story
A boiling river in Peru
Science, sanctuary and significance 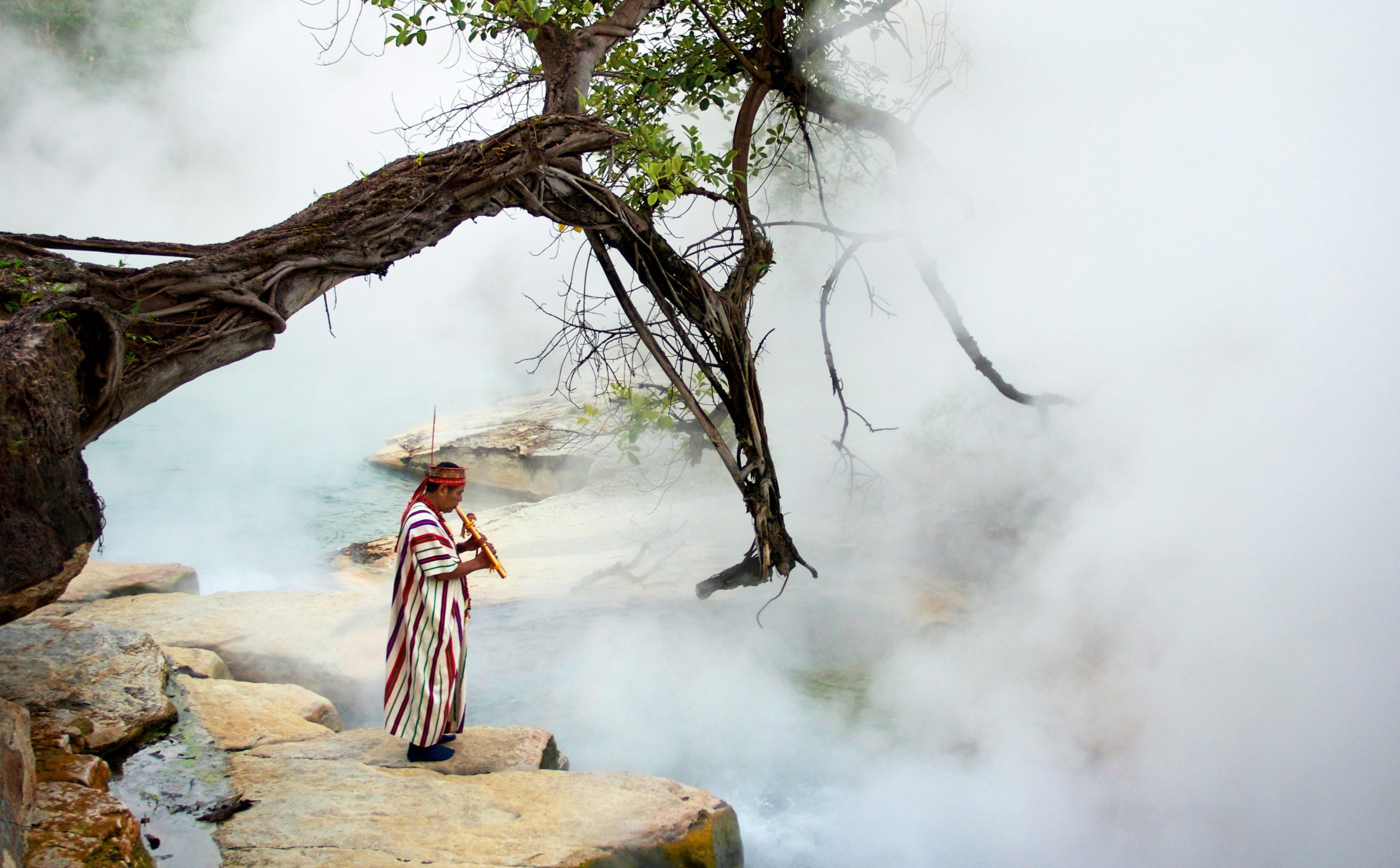 Instinctively driven by the desire to explore the unknown, to tame what is wild, to dig deep and figure out the „how“s and „why“s of our planet, mankind has been fascinated and kindled to understand the natural forces ever since. And even though it seems that these days, we know the Earth quite well, there is still so much that has not been completely extrapolated.

Having grown up in Nicaragua, Peru and Texas, Andrés Ruzo’s interest in exploring and redefining the way we use natural energy sources has led him to study geoscience.
During research work exploring Peruvian geothermal energy, he coincidentally remembers the ancient tale of a „burning river“ that he has been told by his grandfather when he was a child. The myth says that in the Huanuco high forest - close to the Mayantuyacu sanctuary - and ruled by indigenous shamanic tribes, there is a river running at 100°C and burning every living creature to death.
As such natural hot water streams can occur but are generally linked with magmatic matter and volcanic areas - which does not exist in a distance of about 700km - scientists, researchers and governmental representatives negate the existence of the fabulous river.
Against all doubt and not knowing what to expect, Andrés Ruzo follows the instinctive pull and sets out into the Amazon jungle, guided by his aunt who says to have been to the river before.

What he discovers is a river that ranges an average temperature of 45 - 86°C and therefore is - almost - boiling and a safe death to many animals. Creatures that fall into the water will first turn blind as their eyes boil and then be cooked from the inside once the water gets into their mouth.

Adapted from its original name „Shanay Timpishka“, the river is referred to as being „boiled by the heat of the sun“. Locals profit from the stream with a natural self-conception and use its water to cook and wash or bath in the steams that ascend from it.
Upon today’s scientific knowledge and research conducted by Ruzo and his team, this phenomenon is explained as a unique hydrothermal system that results from water percolating deeply into the matter of the earth’s center.
Heated up in the hot interior of the earth, these streams rise back up through cracks until they reach the earth’s surface where they blend into the regular and normal temperated river stream - resulting in exceptionally hot water streams.

Apart from its remarkable and unique geological formation, Shanay Timpishka has a particularly significant sanctual meaning for the indigenous local shamans and their tribes.
Andrés Ruzo and his team of the non-profit initiative „Boiling River Project“ aim to preserve the area in order to conserve the significance of Shanay Timpishka .
Seeing and experiencing this unexpected uniqueness of what the Earth holds and how it is so meaningful and powerful to wildlife, nature and culture is what Andrés Ruzo truly regards as significance that is worthy of being protected and conserved.